On his maiden trip to India, Facebook co-founder and one of the world’s youngest billionaires Mark Zuckerberg on Friday called on Prime Minister Narendra Modi to discuss digital expansion in the country.
Zuckerberg, who arrived here on Thursday, met Modi this evening but neither the Prime Minister’s Office nor Facebook disclosed details of the meeting.
Facebook will extend help in developing the Clean India Mobile App that would be launched soon. 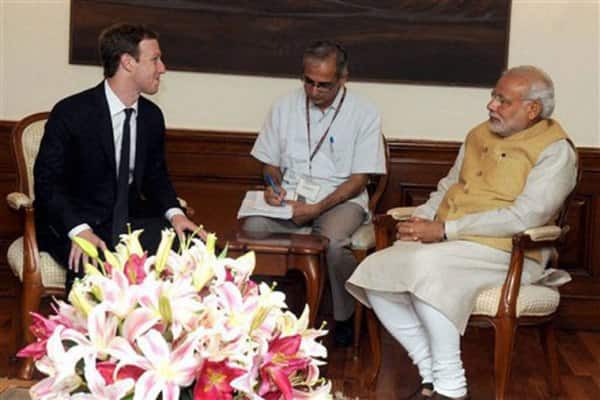 PM Modi discussed with him the use of social media in checking terror activities and a host of other issues.
Zuckerberg, who called on the Prime Minister, expressed his interest in working with the government in the areas of healthcare and education.
PM  pointed out that lots of terrorist elements are using social media platforms to recruit members, according to an official statement.
“This is unfortunate and we need to think of the role the social media can play to stop terror,” Modi said.
Facebook will extend help in developing the Clean India Mobile App that would be launched soon.
“This would give a strong impetus to the Swachh Bharat Mission,” the statement said.
They discussed a wide range of issues revolving around the innovative use of Facebook as a platform to engage with a large audience in the service of humanity, the statement said.
They also talked about the Digital India initiative and the Prime Minister asked Zuckerberg to identify some domains of Digital India where Facebook can get involved and help.
Facebook chief said that he is extremely excited about the Digital India initiative of the Government of India.
Modi recalled how he used social media during campaigns such as tracking the missing children, during his tenure as Chief Minister of Gujarat and how it gave wonderful results.
The Prime Minister appealed to Zuckerberg to promote India’s rich tourism potential through Facebook.
He asked Facebook to look at how to enhance Internet literacy along with Internet connectivity.
Earlier in the day, he had also met Telecom and IT Minister Ravi Shankar Prasad.
Zuckerberg is the third high profile CEO of a US-based firm, after Amazon’s Jeff Bezos and Microsoft’s Satya Nadella, to visit India in last few days.
On Thursday, while addressing media persons, Zuckerberg had said he wanted to discuss the role Facebook can play in connecting villages and understand Modi’s Digital India vision.
“One of the things I am really excited about is that the PM has this whole Digital India initiative. We can’t create connectivity around the world just by ourselves, we are trying to work with operators, governments. I am mostly interested in hearing and learning about how we can help. I believe there are certain things that Facebook can uniquely bring,” he had said. 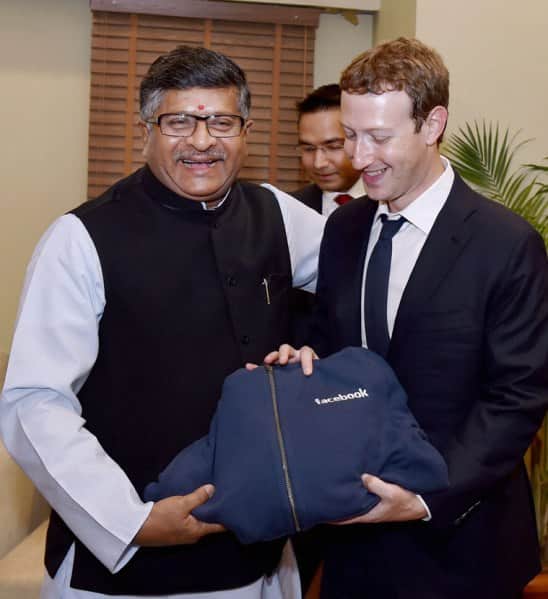 Stressing on the importance of connectivity, Zuckerberg had said while India has about 243 million Internet users and have 100 million plus Facebook users, there are over a billion people in the country who do not have access to the net.
Previous Article