Li-Fi to replace Wi-Fi in China?

Li-Fi to replace Wi-Fi in China?

Chinese scientists have successfully developed a new cheaper way of getting connected to internet by using signals sent through light bulbs instead of radio frequencies as in ‘Wi-Fi’, a move expected to radically change process of online connectivity.

Four computers can be connected to internet through one- watt LED bulb using light as a carrier instead of traditional radio frequencies, as in Wi-Fi, said Chi Nan, an information technology professor with Shanghai’s Fudan University. 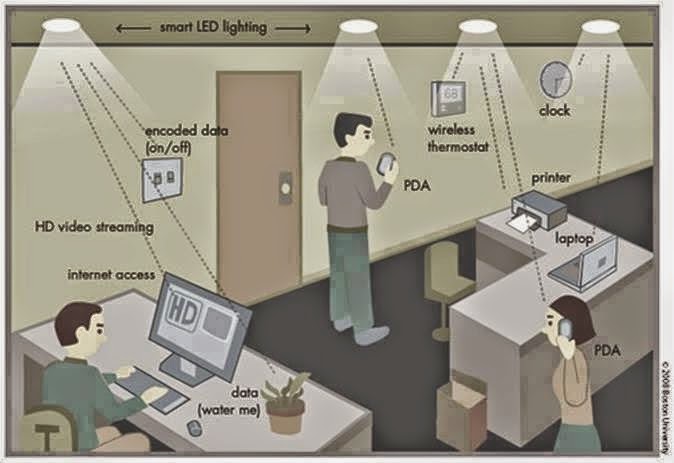 Under the new discovery dubbed as ‘Li-Fi’, a light bulb with embedded microchips can produce data rates as fast as 150 megabits per second, which is speedier than the average broadband connection in China, said Chi, who leads a Li-Fi research team including scientists from the Shanghai Institute of Technical Physics of the Chinese Academy of Sciences.

The term Li-Fi was coined by Harald Haas from the University of Edinburgh in the UK and refers to a type of visible light communication technology that delivers a networked, mobile, high-speed communication solution in a similar manner as Wi-Fi.
With Li-Fi cost-effective as well as efficient, netizens should be excited to view 10 sample Li-Fi kits that will be on display at the China International Industry Fair that will kick off on November 5 in Shanghai.
The current wireless signal transmission equipment is expensive and low in efficiency, Chi said.
“As for cell phones, millions of base stations have been established around the world to strengthen the signal but most of the energy is consumed on their cooling systems,” she said.
“The energy utilisation rate is only 5 per cent,” state-run Xinhua news agency quoted her as saying.
Li-Fi was touted as a boon to China netizen community, the highest in the world with about 600 million connections.
Compared with base stations, the number of light bulbs that can be used is practically limitless.
Meanwhile, Chinese people are replacing the old-fashioned incandescent bulbs with LED light bulbs at a fast pace.
“Wherever there is an LED light bulb, there is an Internet signal. Turn off the light and there is no signal,” Chi said.
However, there is still a long way to go to make Li-Fi a commercial success.
“If the light is blocked, then the signal will be cut off,” Chi said.
More importantly, according to the scientist, the development of a series of key related pieces of technology, including light communication controls as well as microchip design and manufacturing, is still in an experimental period.

Microsoft Investing in Cyanogen, Which Wants to Take Android from Google

Engineers, Take Pride in Yourself : To Engineer is Human (Video)